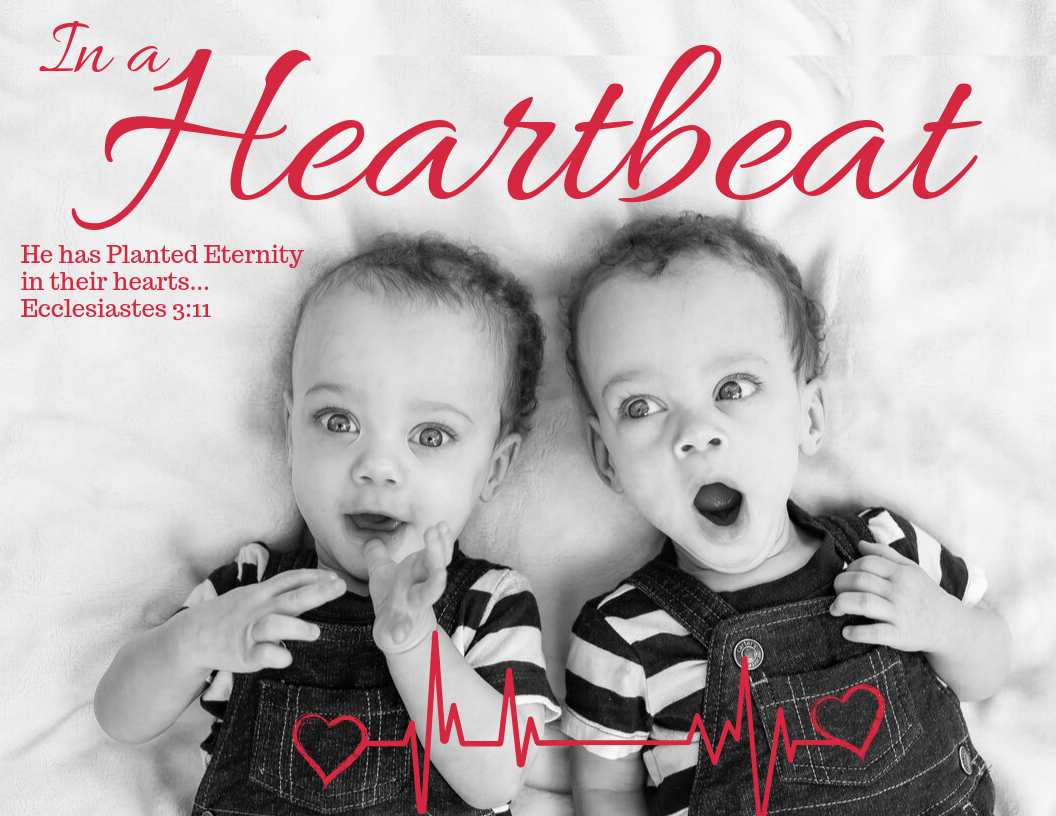 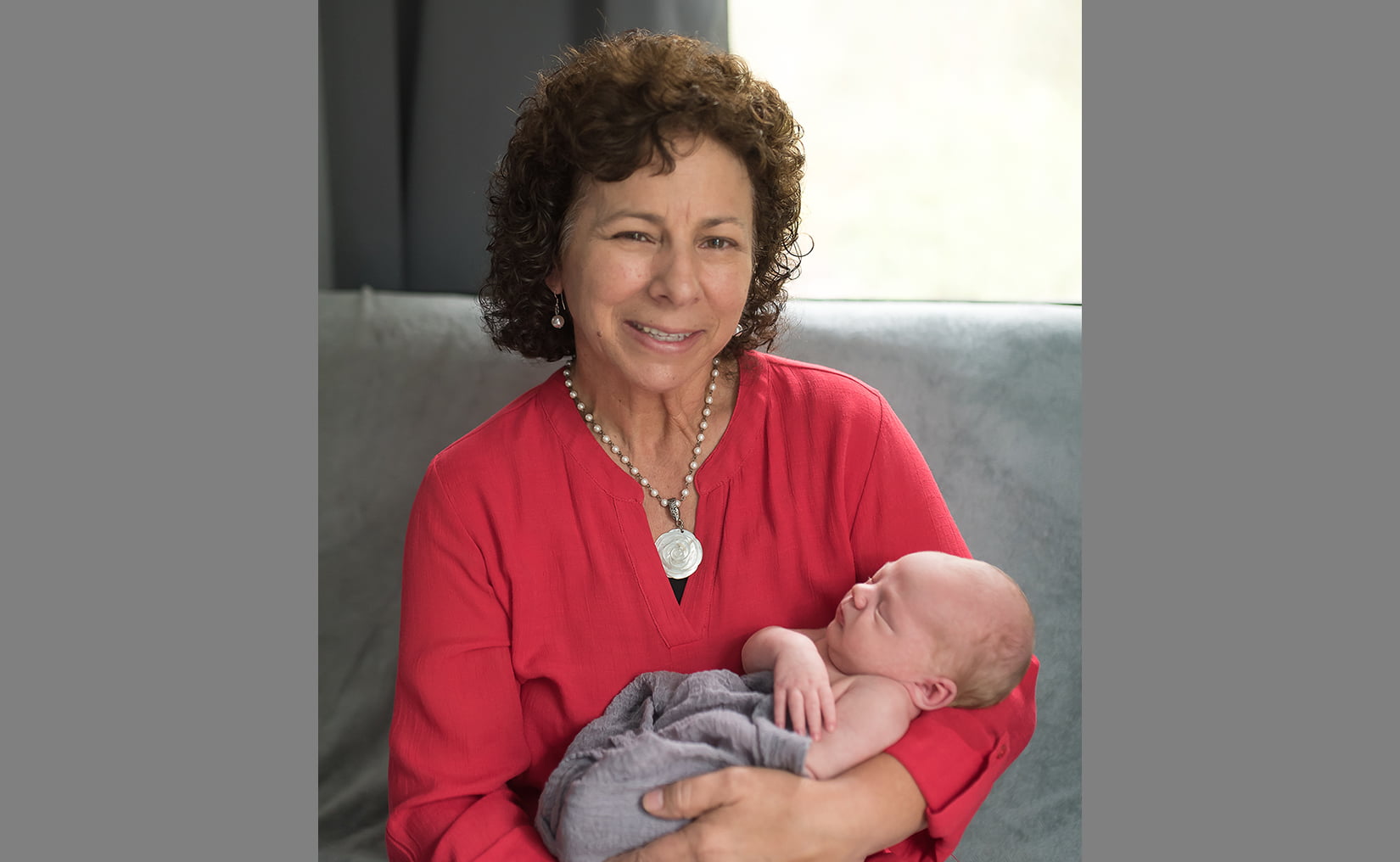 Each year, we rejoice to share this Calendar with you!  Every child in this Calendar is a life whose mother, and sometimes father, came for help at Options Now.  Be sure to check out Stella’s family story, our May 2020 baby, for a true-life example of eternity in a heart!

So, when does life begin?   In the mind of God.

Yes, parents may not plan on a pregnancy, but God’s Divine plan overrides man’s plans, mistakes, and sin.  In God’s plan each of us are all Planned, Wanted and Loved.

Almighty God sees eternity in each heart because, “He Planted It There”. 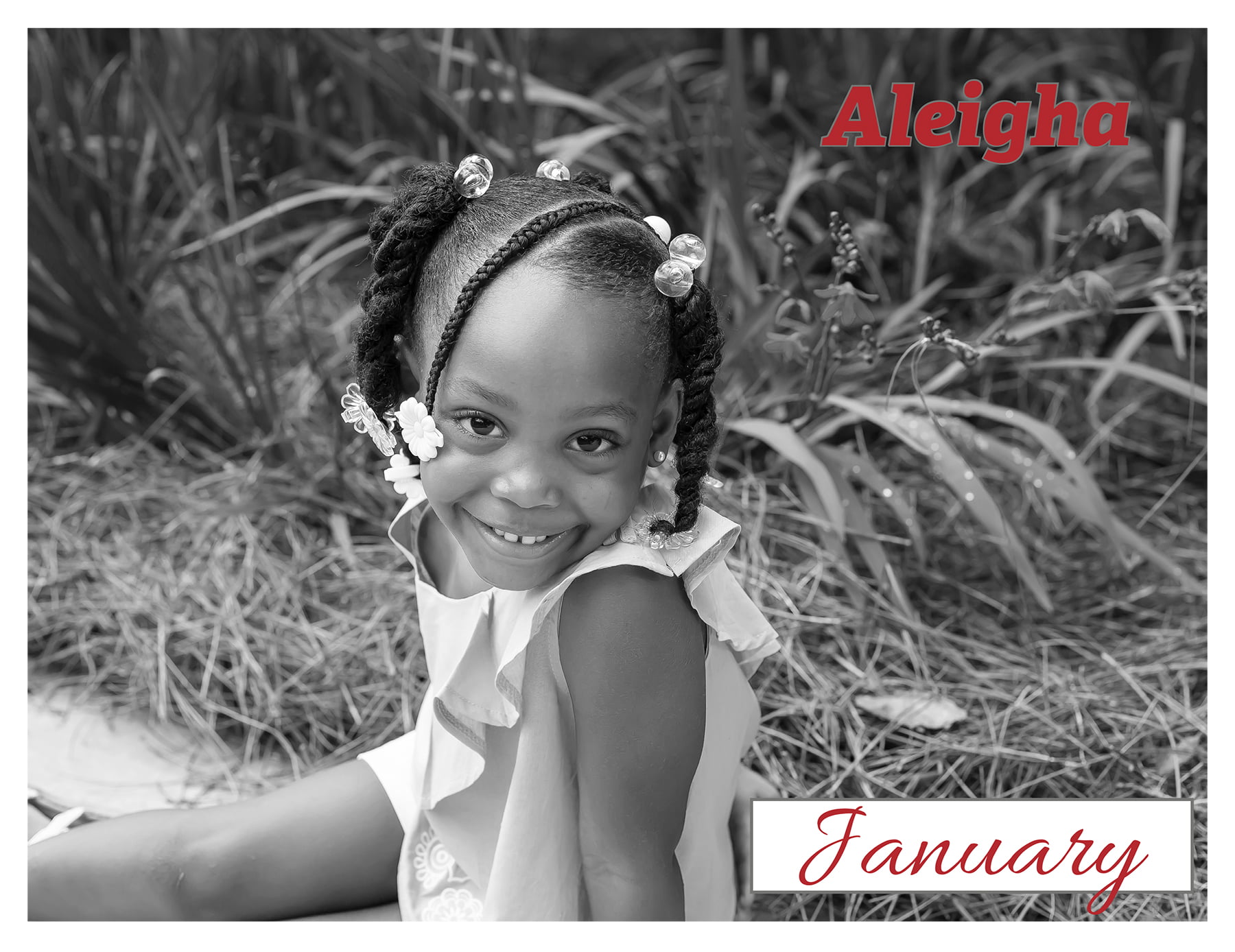 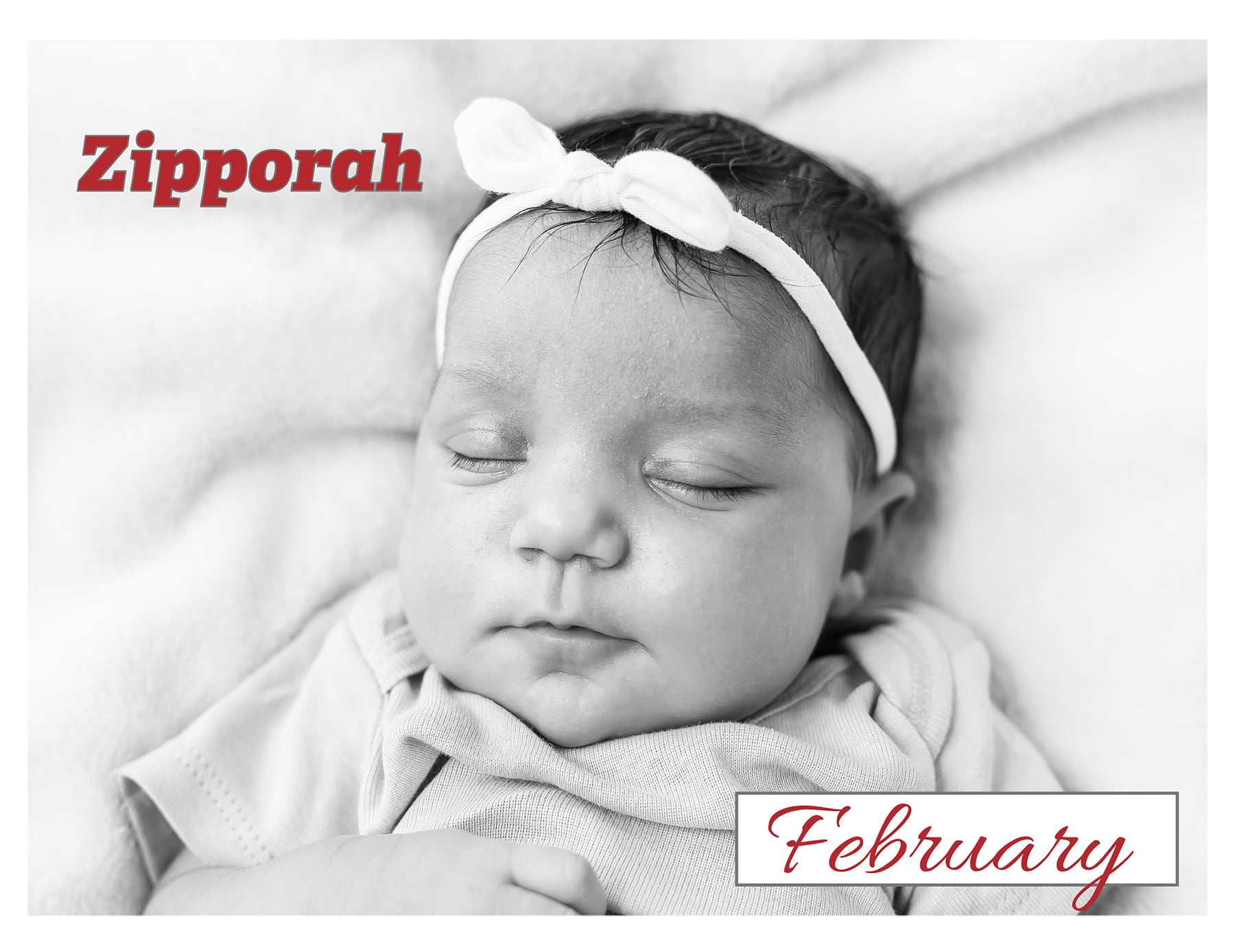 Arlayshia came to Options Now after hearing about us from a friend. Although it was scary to think she might be pregnant, she says the people at Options Now were very nice. After the pregnancy test and ultrasound, she knew that she would carry and parent her baby.
Arlayshia says, “Aleigha is 4 years old now. She is adventurous, sweet, loves to read and is eager to learn. Oh, and she loves dancing like a ballerina. She’s a Diva!”
During our photo session, Aleigha was absolutely adorable and turned out to be a very talented model. She was a delight!
Her Mom, Arlayshia, would say to anyone who found themselves in the same circumstances, “Always remember that you are a Superwoman and God always makes a way!” And to Options Now she says, “You are greatly appreciated and have helped a lot of women including myself!”

When Michelle learned that she was pregnant, she was happy about becoming a Mom. However, she had no insurance at the time. She had heard about the free services at Options Now and decided to make an appointment. Michelle said, “They were family oriented and were so pro-life. They helped me and treated me like family. Now Zipporah is one month old and she is a loving and beautiful baby! I would advise any woman who thinks that they are pregnant, to go to Options Now for help!” 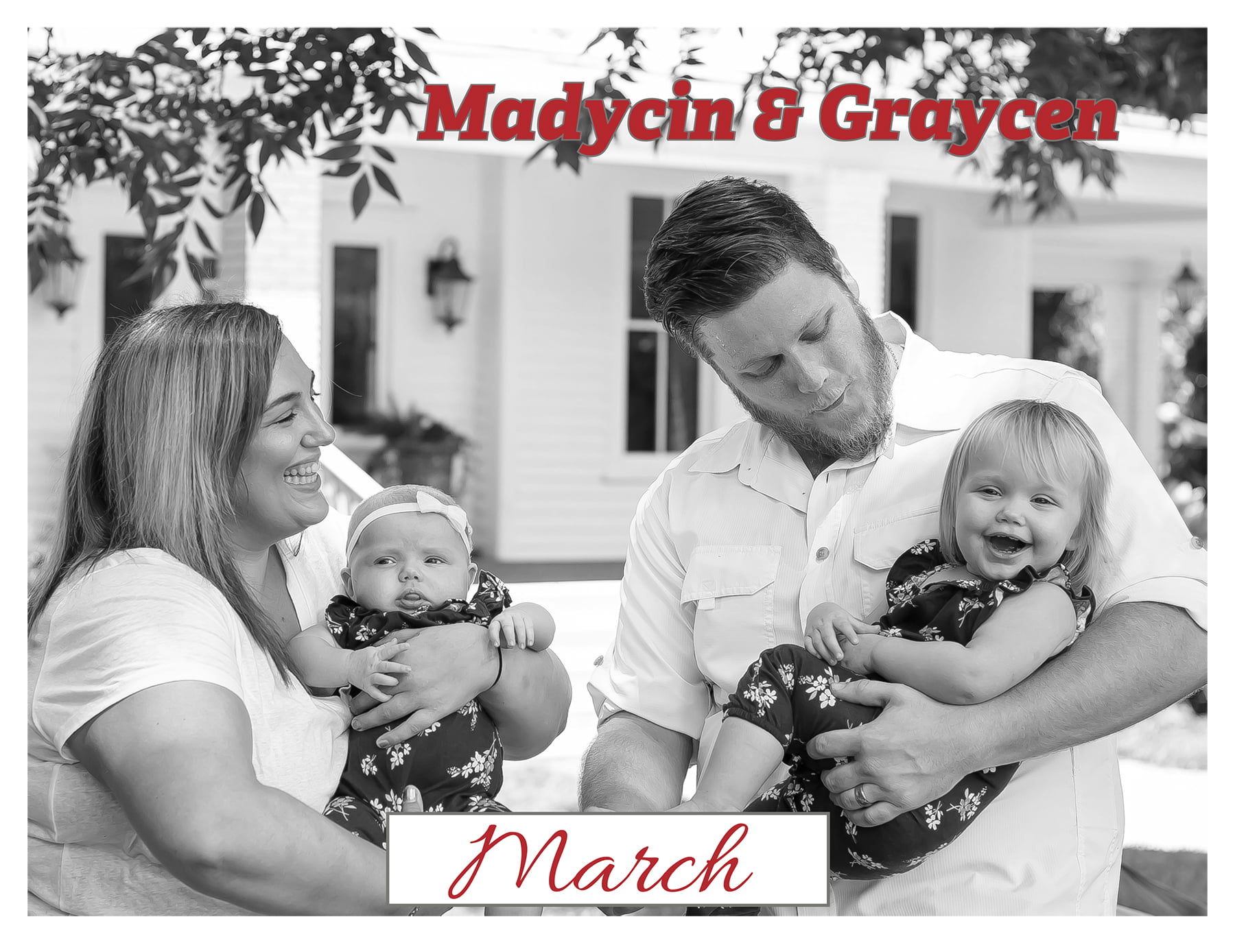 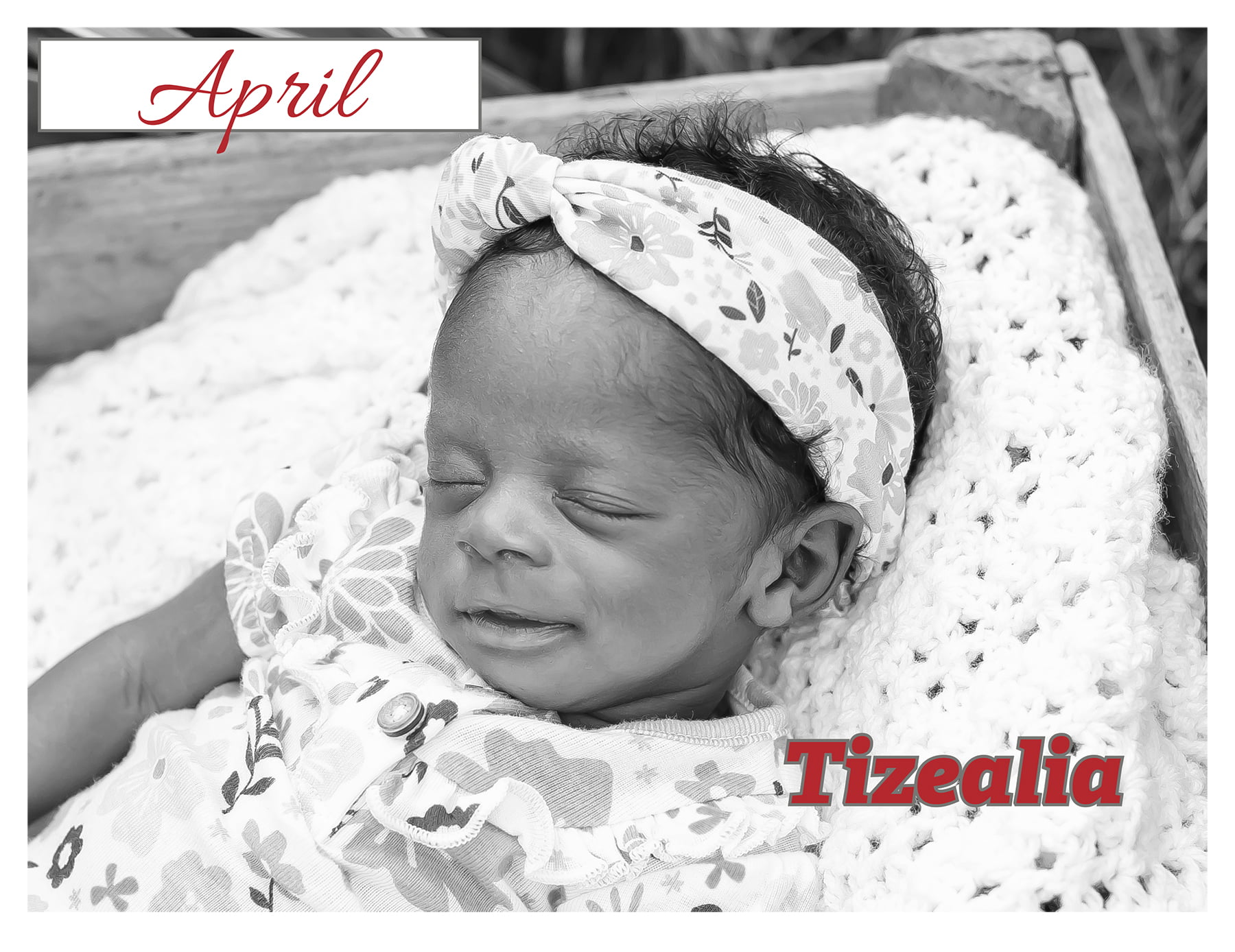 Luke and Amanda were glad to find Options Now when they first learned they were pregnant. They came in again with their second pregnancy. Now, with two beautiful active girls, Graycen, “Gracie”, who is 2 years old and Madycin, “Maddie”, who will be one in May, sometimes life can seem overwhelming. Luke and Amanda took our Parenting, Earn While You Learn (EWYL), Class to help them better cope with having 2 young children. Amanda says, “They can be a handful!” Her advice? “Always ask for help and at Options Now they really make you feel special! “

Kimberly feels very blessed to have her beautiful, tiny baby Tizealia. She is thankful to Options Now for helping her and “all the other ones in need and doing what the Lord Blesses you to do”! Her advice to others is to “keep your head up and keep pressing forward, and always keep the Lord 1st”. 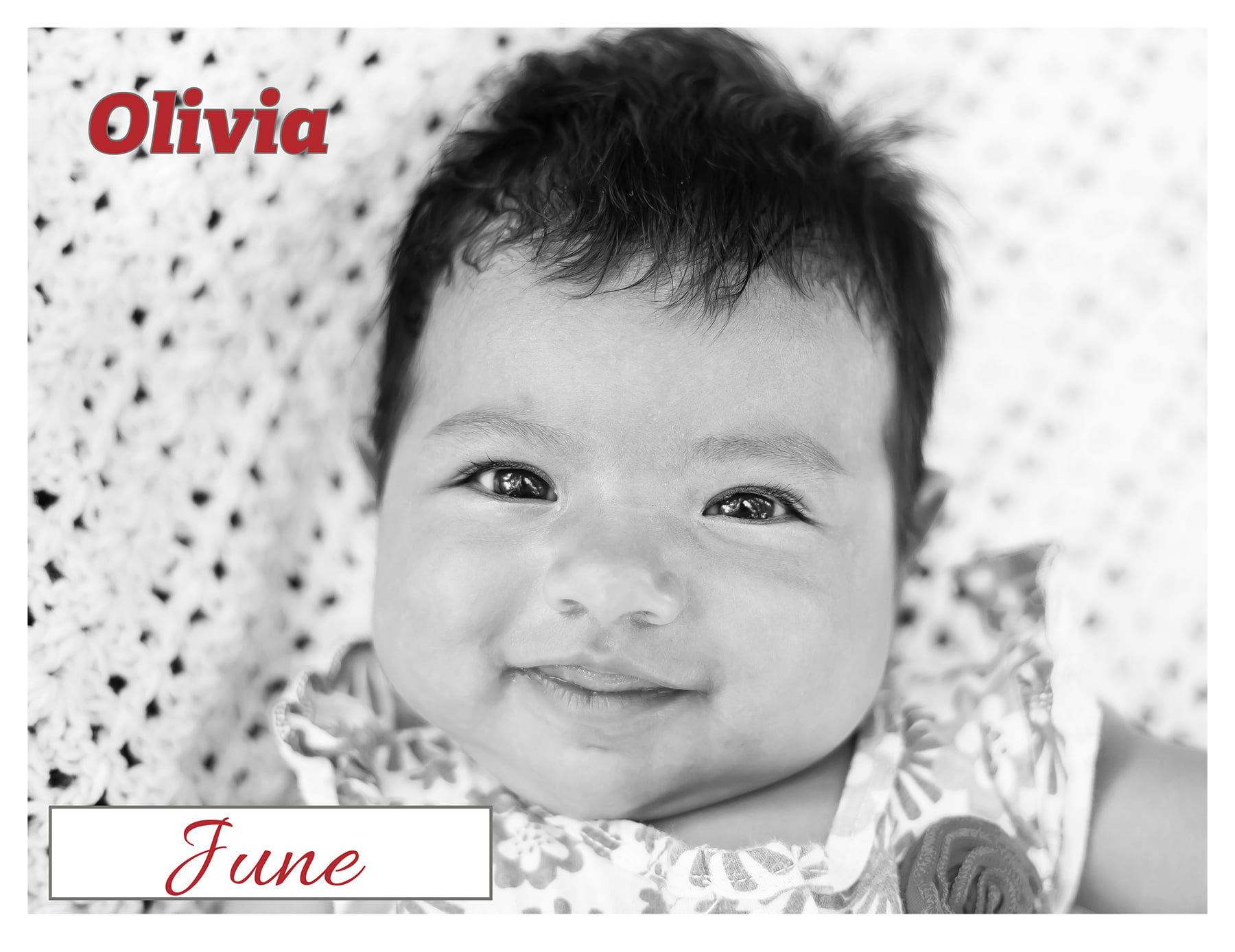 Jacob & Ronneaq were referred to Options Now by a relative. They were excited to be having a baby and came to Options Now for Pregnancy Testing as well as Parenting Classes. Their baby Stella is a bubbly, beautiful little 8 month old baby girl, who also happens to be our own Community Relations Director, Shelly Wright’s grandbaby. Shelly had come to Options Now, years before as a single college student to find out that she was pregnant with her son Jacob, Stella’s Daddy. They all agree that the services of Options Now are a tremendous help and benefit to women and families in our community.

Zoe came to Options Now after finding out about our services from a friend. She was single and wanted to find out if she was pregnant. I had a Pregnancy Test and Ultrasound, but I already knew I was going to have my baby if I was pregnant. “Everyone was super nice”. She got the help that she needed to have her baby and now has a precious 2 ½ month old baby girl, Olivia Penelope Grace! 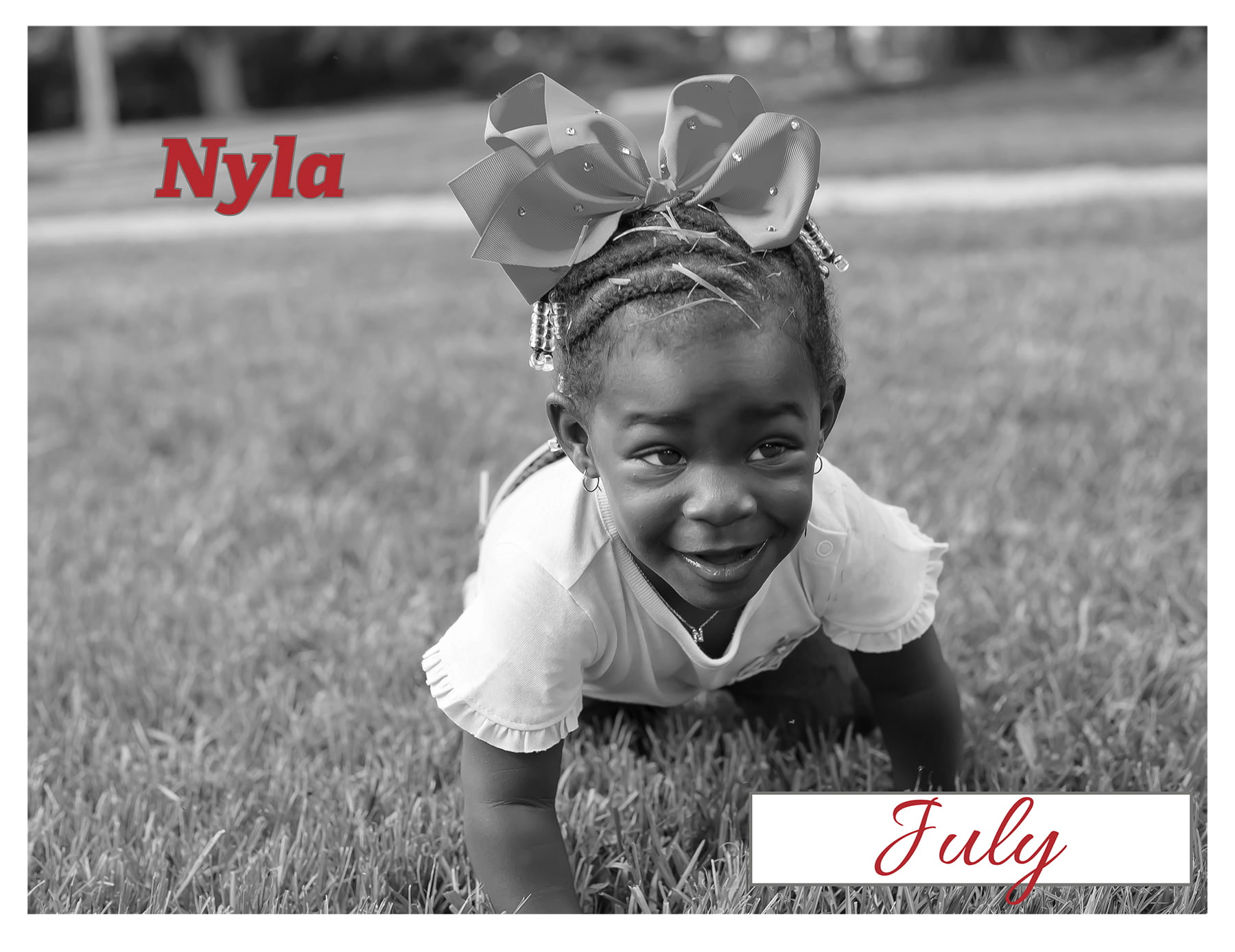 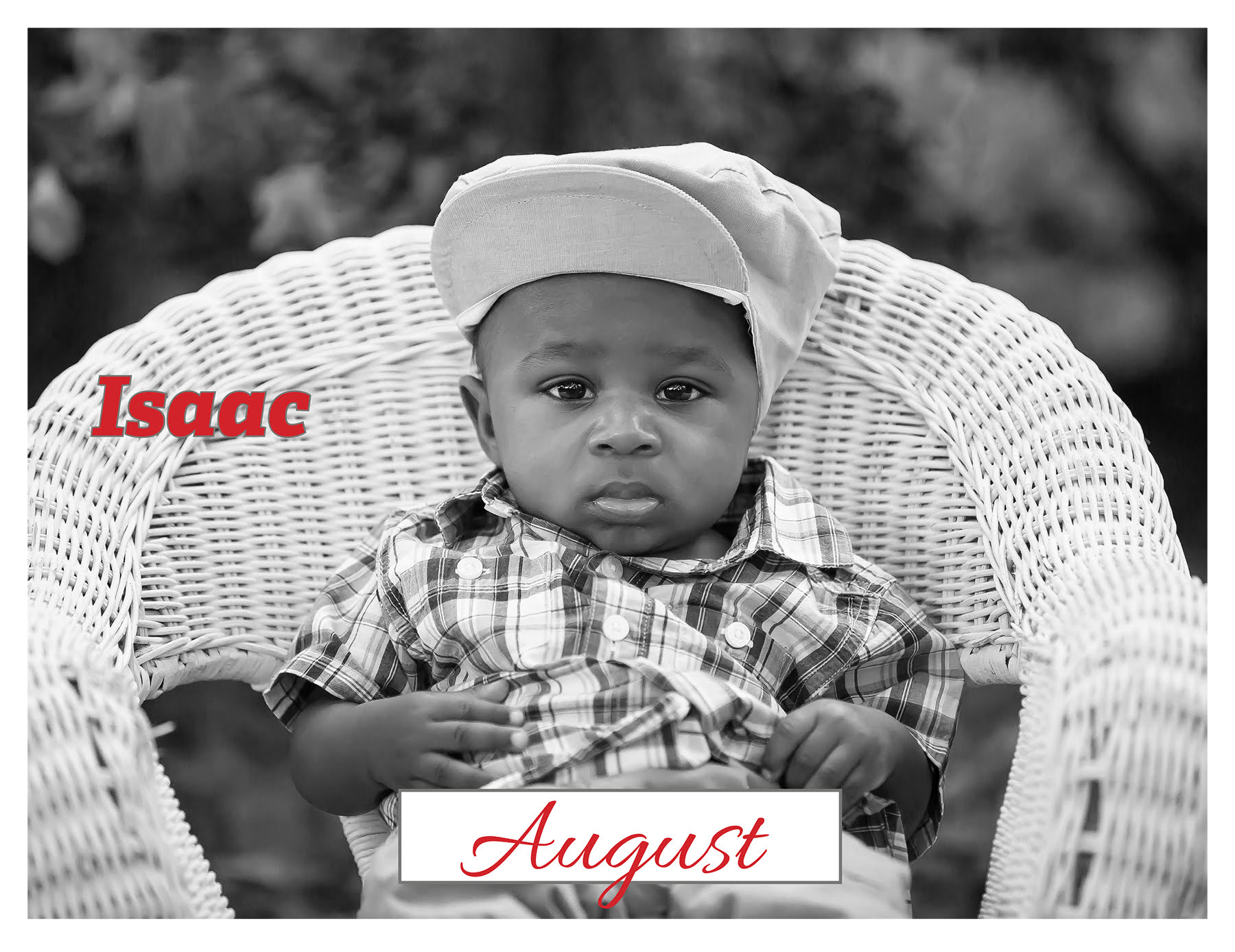 Allison was 25, single and thought she might be pregnant. “How could she raise a child?” She had always planned on having children and a family, but this was not how she had pictured it. She was nervous and scared. After 4 at-home pregnancy tests, she told her boyfriend, Antravius,  that she might be pregnant. He says, “I realized that I had been going nowhere, and knew that I had to make a change.” He responded with his full support.

Allison had found Options Now through Facebook and together they visited the clinic for a medical pregnancy test and ultrasound. Allison fell in love when she saw the ultrasound of their baby.

With the support of her boyfriend, her family,  and the people at Options Now,  Allison and Antravius prepared for their baby to be born. During that time they came to the “Earn While You Learn” Classes at the Clinic. They prayed through their fears and welcomed their healthy baby, Nyla, into the world. Antravius says, ”As soon as she was born, the first thing she did was grab my finger with her tiny hand. She’s been Daddy’s girl ever since!”

Allison and Antravius call Options Now family,  and thank God for bringing them to the Clinic when they needed help and guidance. Now, as a married couple, they are not only raising their daughter but have made plans to become Foster Parents. They recommend that anyone, finding themselves in the same circumstances of an unplanned pregnancy, go to Options Now!

Thank you so much for being part of Allison and Antravius’ story! (Click here for their video)

Millicent came to Options Now to have a free Pregnancy Test and Ultrasound. ”When I found out I was pregnant, I thought like so many others, this isn’t something that I planned for my life, I have to get an abortion.”
Millicent says, “Penny showed me unconditional love and even prayed with me and brought me back to the Lord!” After talking with Penny, Millicent made the choice to not only have her baby but to also go back to church. “It wasn’t easy, but it was definitely worth it!”
Now with Isaac, her life is steady and her future is bright. “He is such a good baby!” She now has the full support and love of her family, Isaac’s Dad’s family, her friends and church! 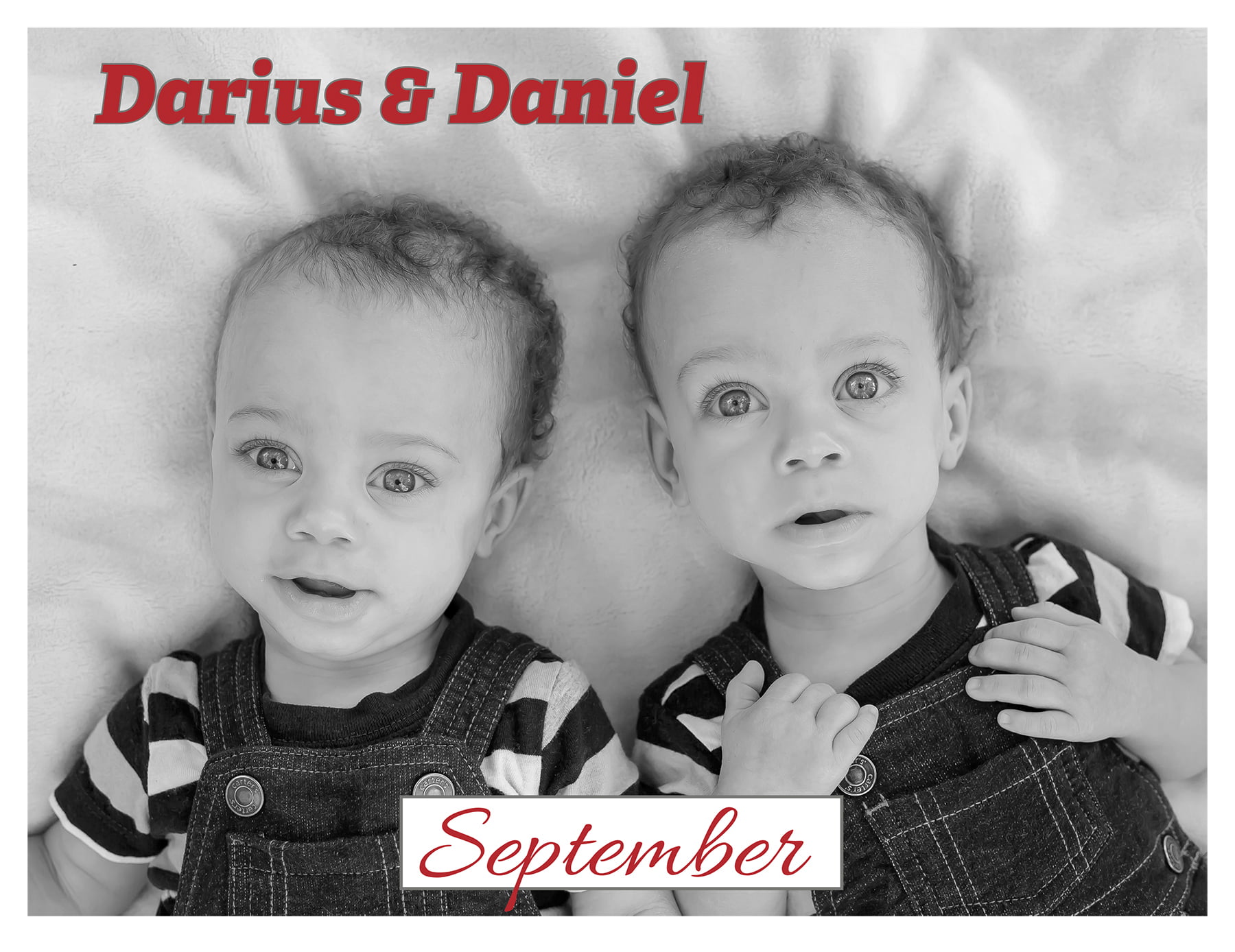 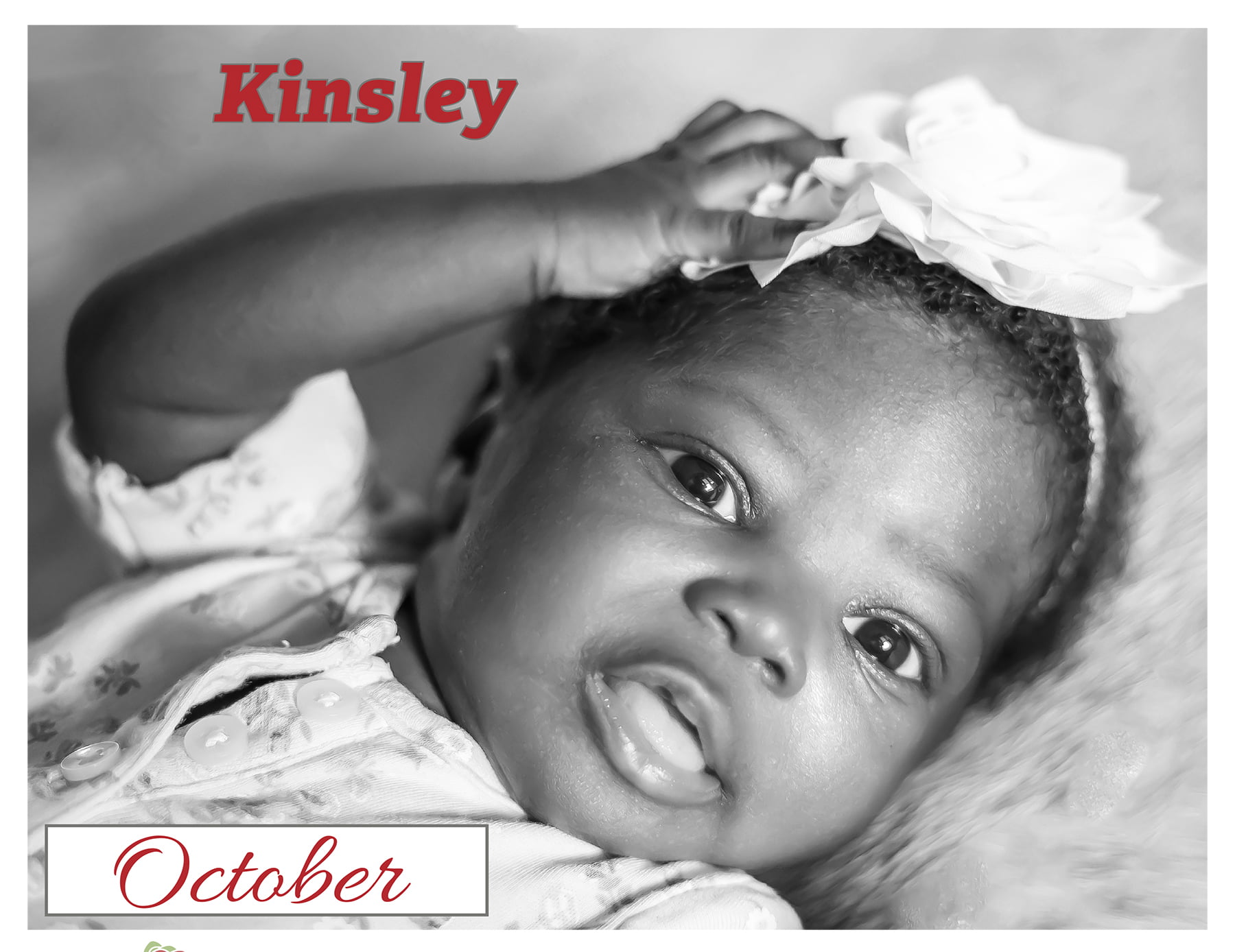 Alyssa was pregnant with Kaiyleanna when she first came to Options Now 5 years ago after hearing about us from her sister. Kaiyleanna was 4 years old last year when she was our July 2019 Calendar baby and now her twin baby brother’s Darius and Daniel are our 2020 Calendar Cover and September babies.
When Alyssa came back to Options Now in 2019, she was shocked and excited to find out that she was expecting twins. She said, “Excited because I had just had 2 miscarriages. The boys were born at 28 weeks and spent 3 months in NICU. But they did so well that they got to come home and now at 10 months old they are doing amazing!”
Alyssa advises others who might find themselves in similar circumstances, “Everyone at Options Now is so caring and understanding! Never give up. It may seem hard but being a Mother is the best feeling!” To Options Now she says. “Thank you so much for the services and support you provide!”

When Lasonja realized she might be pregnant, she remembered seeing the Options Now building as she was driving. She came to us confused and scared. “The people at Options Now prayed for me and helped me think about what I needed to do. My initial intention was Adoption, but after the Pregnancy Test and Ultrasound I decided to keep my baby. Now Kinsley is one month old and she is a very good baby.” Her advice to anyone in the same circumstances is to pray and think about the best decision to make. 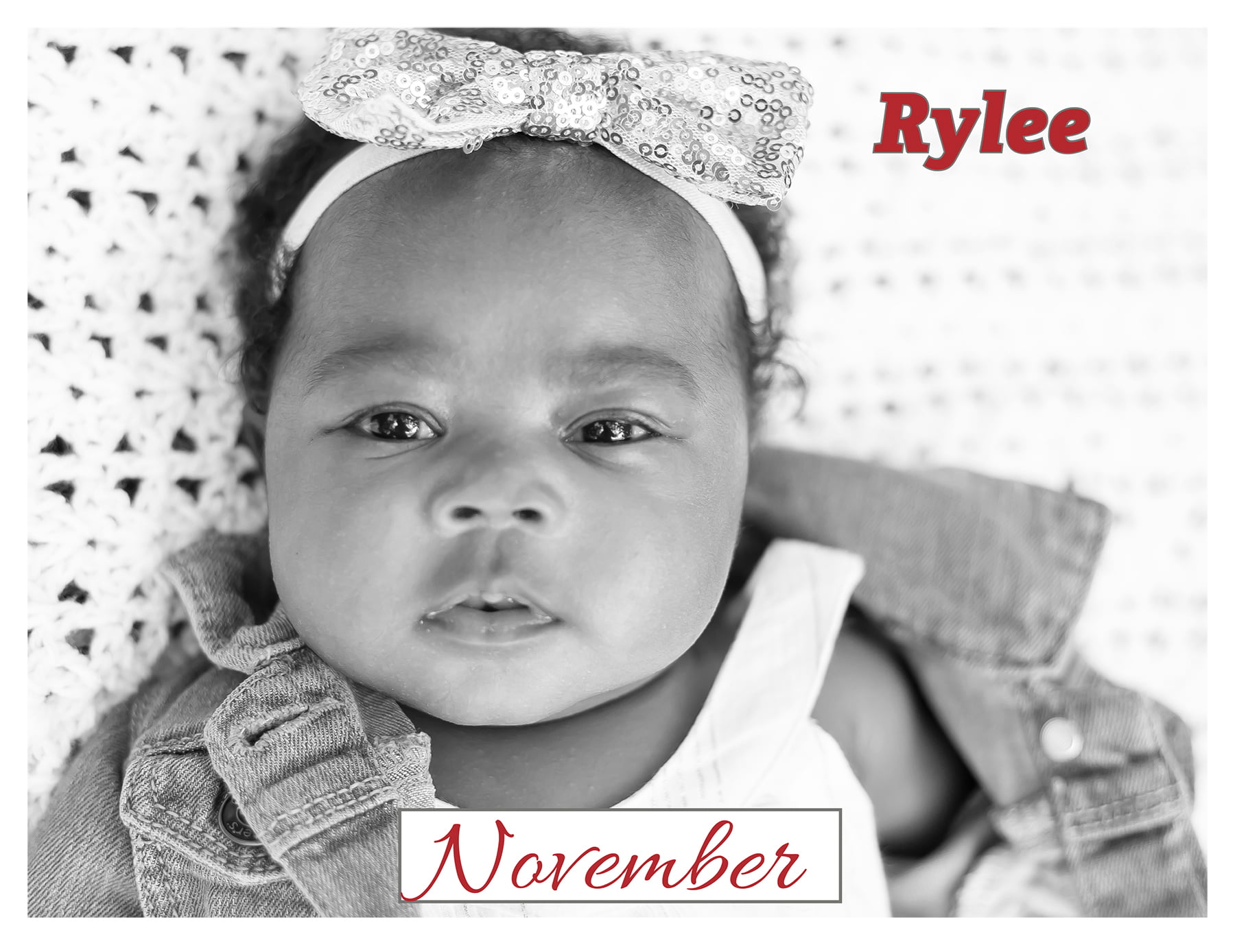 Rachel found out about Options Now when she thought she might be pregnant. She came in to have a Pregnancy Test and Ultrasound. Even though she was single, she knew that she wanted to have her baby. The loving people at Options Now helped me know that I am not alone, and God is always with me no matter what! Now she has a beautiful baby girl, Rylee!

Our December baby is not our typical Options Now patient baby. Priscilla was one of our Patient Advocates. She and her husband had 3 beautiful children and had no plans to have anymore, at least not right now. That was before Priscilla became pregnant with little Logan. Even though there had been no plans to have another child, Priscilla says, “God had other plans! Now we can’t even imagine our family without our little Logan!” Of course, we would love to have Priscilla back at Options Now, but her plate right now is full and the whole family is very happy!